an intimate new solo created and performed by Marc Brew 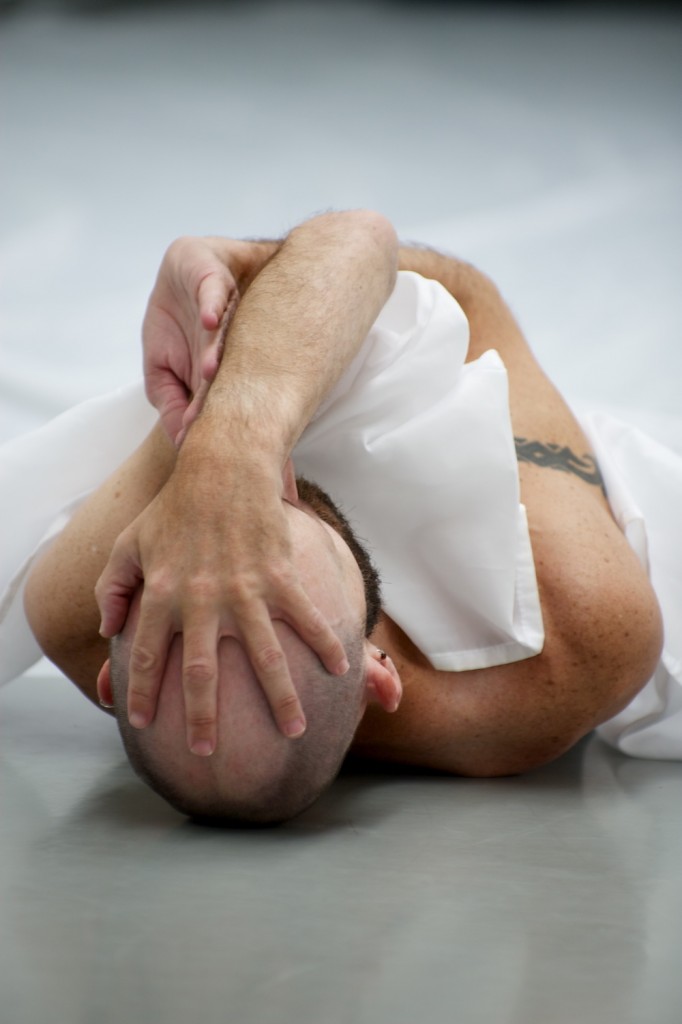 For now I am is an elegant and revealing choreography. Stripped back – for the first time since his car accident in 1997 – Brew will create a work that engages directly with his body as it is now. Investigating and exposing his changed form.

Exploring themes of what it is to be broken, reborn, purified, to reconcile being in the world in an entirely new way, to build a dialogue with a body transformed. Brew confronts his most essential aspects, in this distilled form.

We are alone in the space with the human body.

Just us and him.

And an expanse of white.

For now I am follows on from Brew’s signature solo Remember When – originally commissioned by East London Dance for Big Dance 2008 and since presented in the UK, Australia, U.S, Europe and most recently at BDE and Unlimited Festival 2014 – which recalled his training and body as he knew it as an elite ballet dancer.

For Now I am previews at Sadler’s Wells Lillian Bayliss Theatre as part of =Dance on the 11th December 2014, and will premiere at Tramway Glasgow 2015 as part of Dance International Glasgow (DIG Festival) on the 26/27 May.

Created for presentation in a variety of theatre venues, studio and gallery spaces, For Now I am can tour as part of a mixed bill alongside other Marc Brew repertory, such as Remember When or stand-alone from Autumn 2015.

The development of the project is supported by The Work Room, Dance Base and Tramway.

Published on 14th November 2014 by marc in Uncategorized.