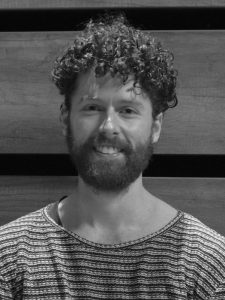 Extensive long-term collaborations with broad-ranging inclusive community and education projects in both dance and music (notably with Paragon and Scottish Opera) inform all aspects of Alex’s practice. In 2016, Alex collaboratively instigated and secured funding for the Mirabilia Scotland Focus, which took a large convoy of Scottish-based artists and industry representatives to a prominent Italian festival to showcase work and exchange knowledge towards fostering connective cultures of interdisciplinarity and inclusion. Alex holds an MA and PhD from the University of Glasgow, specialising in intercultural cross-fertilisations and translations within the arts.