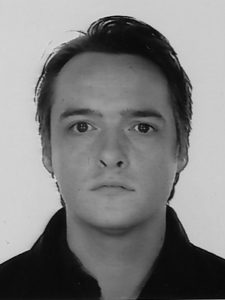 Peter Kelly has been performing for roughly 13 years for various bands and acts, including Galchen, Union of knives, Moon Unit, Jonnie Common, Song of Return, Marnie, Owl John, Bdy_Prts and The Kills. He was also involved in Rapunzel at Citizen’s Theatre in 2016 and was a ‘sound carrier’ for Damo Suzukis (Can) improvisational project back in 2010.